It's Day Nineteen of The $1,000 Plan and it is Friday. It is has been a busy and somewhat tiring week, and today I wanted to take things a little slower yet still do a little meal preparation for the coming weekend.

It is definitely feeling like winter now, as the days are so much colder and it gets darker that much more quickly. The days are feeling more & more like days where you just want to have a cup of soup and curl up with a good book by the fireplace. 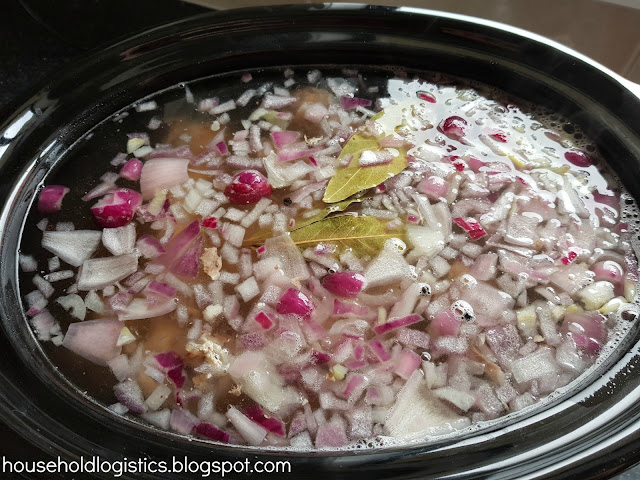 I chose to put on the slow cooker with a big batch of bone broth to quietly simmer away this morning. It is the first time I have made bone broth. Bone broth is believed to be very nutritious.

Depending on what bones you use, it can allegedly be a rich source of calcium, magnesium, potassium, phosphorus and other trace minerals. Animal bones particularly are believed to be a great source of these particular minerals.

The whole thing with bone broth is that as the bones simmer away, over time nutrients are released into the water and are then easy for your body to absorb. I am hoping by making some bone broth to add to soup, gravy, etc it will help us all on the health front over the winter months. I am still trying to personally shake off having bronchitis, so I hope it will indeed help a little health-wise.

Bone broth is believed to be good also for those with leaky gut, irritable bowel syndrome and irritable bowel diseases (such as Crohn's Disease). The amino acids in bone broth are thought to help fight inflammation. Bone broth can also aid with improving the health of your joints.

There are mixed reviews about just how beneficial bone broth can be, however I am having a go at making it for the first time with lamb bones we have been putting away in the freezer, and we will see just what everyone thinks of it, over the next little while. 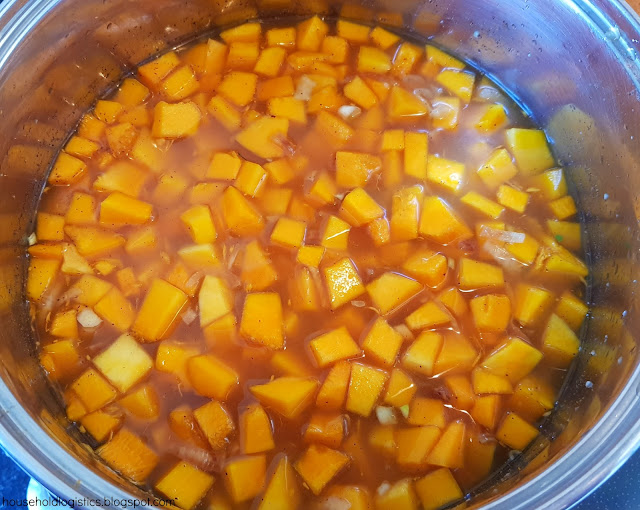 With Hubby's help, I have also finally got around to preparing some of the pumpkins we harvested and today I decided to  make kumara (sweet potato) & pumpkin soup. This is currently on the stove cooking and we will look forward to having some homemade soup over the weekend, perhaps with homemade Naan Bread or even a loaf of Irish Soda Bread.

During the winter curries, soups and warm rice & pasta dishes are food we often enjoy. I hoping it will all also help us keep on with our budget-friendly food focus as part of embracing The $1,000 Plan at present. Bon appetit, Everyone!