I thought I would share a couple of posts about how I store and organize children's toys. 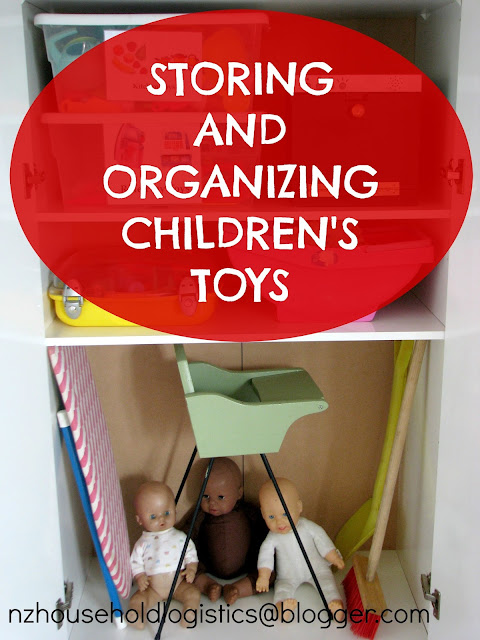 There are numerous creative ways shared on the internet and depending on how many children you have, plus the age and stage they are at, your organization system can vary.

It is always great to know about another way that someone has approached organizing children's toys. So I thought why not share, via a short series of posts, what has worked for our household at various ages and stages to date, as there might just be something that is shared that may work for your household also!

It is just part of the reality of life with children, that how you store and organize toys does change and alter.

Every so often I have a purge and sort of the children's toys in order to keep what is relevant, to get rid of what is broken and no longer required, and the end result is there is often some alteration to the overall organization of it all also. 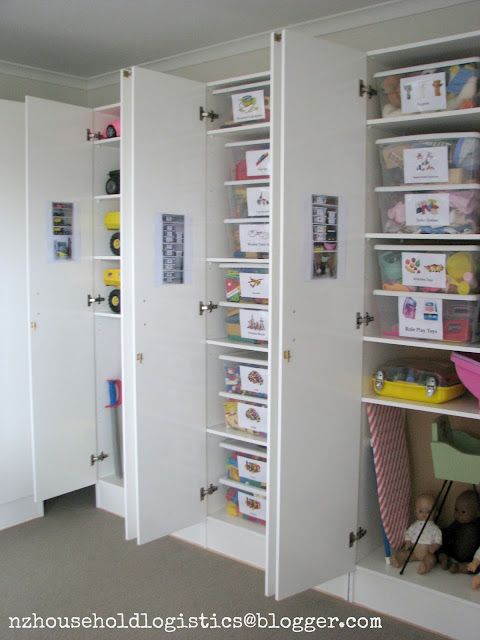 When the children were at the toddler and preschool stage, I kept everything in several cupboards within the living area. It was great having things on hand and arranged throughout the group of cupboards according to what they were.

All the building block and manipulative toys tended to be stored together, with the dress-up and role play items also all together. As best as I could I endeavoured to put like items with like items, so they were kept together.

It worked well having things that were often selected to be played with together also stored together. It made sense and things could be sourced quickly.

Most things within the cupboards were stored in clear and lidded containers (again Sistema containers proved to work well). This was a great way to both see what was in the containers, plus it helped with stacking them on top of each other. Larger items tended to go on the lower shelves and again were grouped according to the type of items they were.

Because the children were not able readers at that time, I put together labels that had both text and pictures on them. This proved to be a helpful aid for everyone, both big and little, when it came to tidying up time.

The labels worked really well and the overall uniform presentation of all the containers made everything look cohesive also.

To help with the process of tidying up time, I also posted on the inside of each cupboard door a layout guide of that particular cupboard. It helped having this to both locate items, as well as fit everything back in the actual cupboard later on also.

It worked really well having everything within a cupboard or two. It was wonderful having the ability to close the doors on the visual clutter everything created, yet have everything close at hand for those keen to play dress-ups and build a Lego building or two.

This proved to be a great set up while the children were little, as it also encouraged the children to choose wisely, as well as put away what was out before getting something else out.

This was a system that worked well for our household at that particular season and stage of life. Highly recommend it.

How are you currently storing toys within your household? What has worked well for you? How has your system of organization altered with each passing childhood stage? Feel free to leave a comment & share helpful hints on curbing toy clutter.