It is Day Fourteen of The $1,000 Plan. Over the weekend we managed to sell one of the items we have had listed on Trade Me for a few weeks. This shed was previously used to house firewood, however we have shuffled things around and now plan to store firewood elsewhere, in another shed. 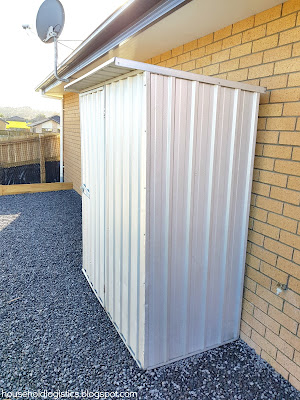 It is good when you can look at what you have and weigh up what is really now able to be regarded as surplus. This small shed was now surplus to our requirements, so selling it was a good step to now take. We plan to look at what other items in and around our property we may be able to part with and sell also, over the next little while.

I spent time also thinking through some meal options for the coming week. The days have definitely started to get colder, and now that it is officially winter being able to keep warm, with warm, filling food, is going to be more on people's minds.

Sorting through the larder (a cupboard I store canned and preserved food in, that is separate from the actual food pantry in the kitchen), I found I had several jars of stewed plums that I could look at perhaps using to make some fruit desserts with. Looking through the chest freezer I also found a bag of dried apple slices that I had dehydrated several months ago. 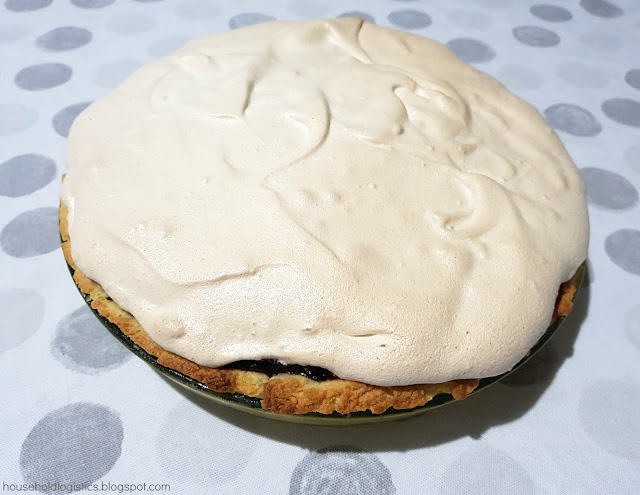 After making some sweet crust pantry I made two fruit pies, one with a pastry topping and the other with a meringue topping, as I had several egg whites leftover after preparing the pastry from scratch.

I also spent time preparing some curried mince with vegetables in the slow cooker, and we should get several meals out of this, alongside rice or perhaps pasta.

To date, I have found it helps time-wise to aim to do some bulk cooking over a weekend, so that less time is required during the week when it comes to food preparations. Bulk cooking and planning ahead what meals are to be had during the week really is proving to be a great step forward, time-wise, energy-wise and also pocket-wise.

I hope to continue to gather momentum on the food preparation front, and also see more prepared meals build up to be onhand in the freezer. A busy weekend is a productive weekend, and it does make a difference for the week ahead. Each new habit is making a difference, and I think The $1,000 Plan has had more than one positive outcome to date.