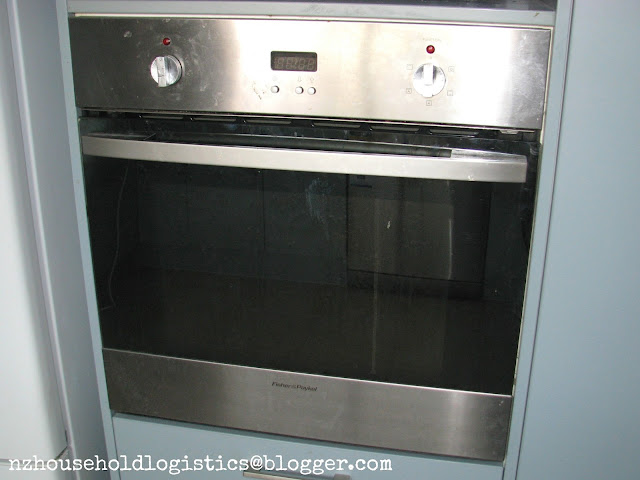 Deep cleaning the oven. You know how it can go. It's one of the jobs about the home no one particular fancies doing, so it can get put off.

Suddenly it becomes an epic task. An unpleasant task, because it was put off. 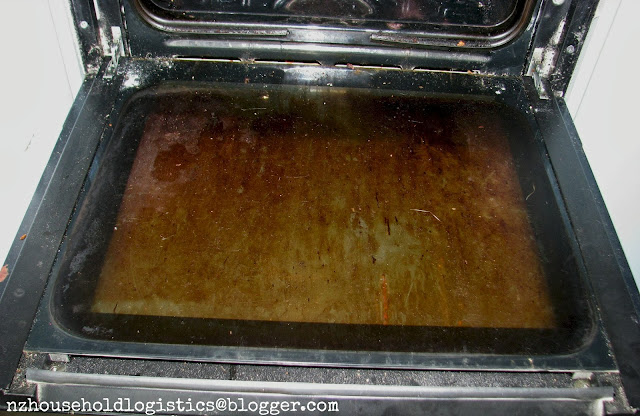 Well, someone had to finally face going in to territory no one really wanted to venture into.

The lesson for future reference is: We need to not leave too long a gap between the necessary deep cleans of major household appliances ie the oven. Otherwise, it does get to be an epic unpleasant task!

First thing earlier in the week on one particular Monday morning I was going to sort it out. Get in there. Make a difference. Get the oven deep cleaning job done.

Throw into the mix however, a child being home from school unexpectedly due to being sick on that particular Monday. Not too horrendous a thing to throw into the mix, I guess. Yet, it provided just a little more distraction than had been initially anticipated.

Life requires us to work around loved ones and changes in priorities, because people come first and tasks have to occasionally be put aside. Such is life.

Sometimes we just has to re-prioritise even the best of intentions - like the good intentions I had early that Monday to get the deep clean of the oven done.

Time marched by on that particular Monday.

Time marched by and suddenly it was dinner preparation time!

Well, whatever the cook had planned to have on the dinner agenda had to fit in with the fact that the oven was a no go area. That's right. No go!

No go, because the oven was in pieces. Quite a bit of it. A bit here, a bit there. Why you may ask?

I had decided to do a very thorough clean, which entailed actually pulling the door of the oven apart. 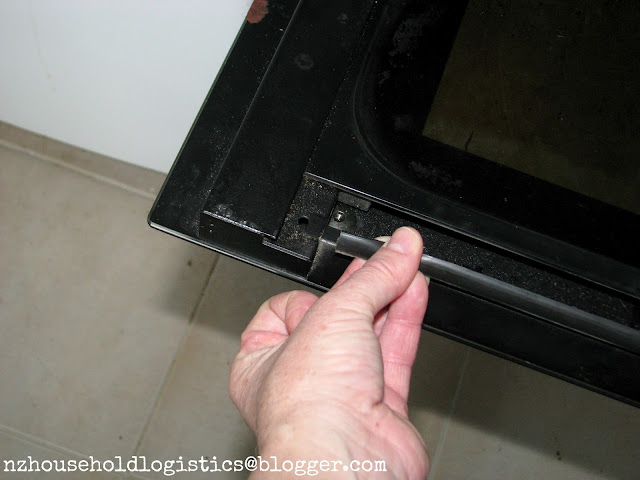 To do that, I had to first take off some of the rubber seals. 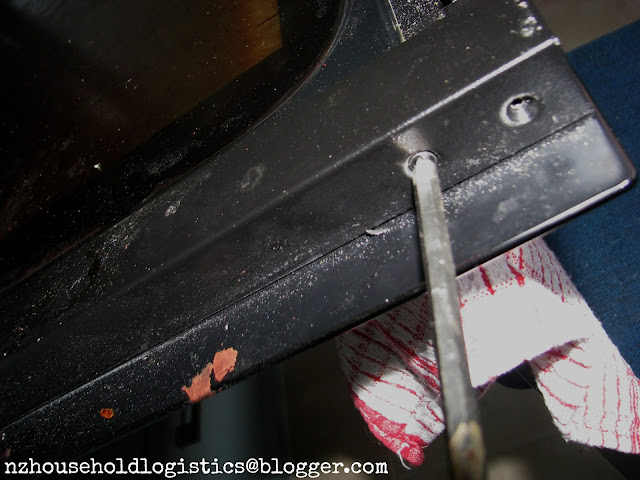 Then unscrew several lots of screws, all of which were holding the sections of the door together. 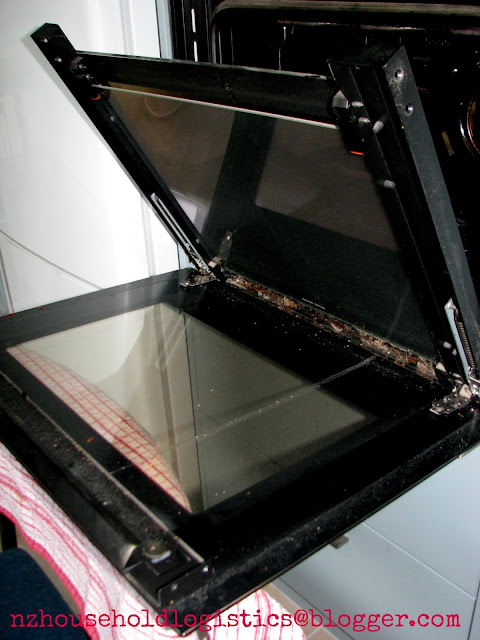 As you can see, I had to place a chair under the actual oven door to support the outer section, because once it was no longer attached to the spring loaded inner door, it could just fall down and potentially be damaged. Hence the chair was needed to help support that part of the oven door.

The idea behind pulling the whole oven door apart, was to get in between the glass sections and give them a thorough clean also. 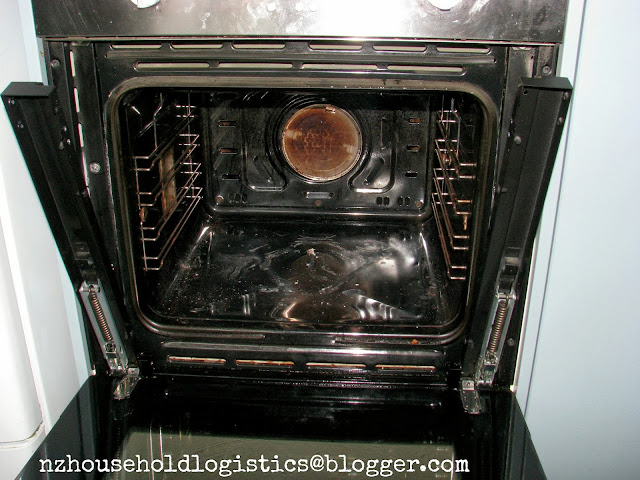 Having looked online, I had a bit more of an idea about how to actually go about dismantling the door to access the glass. As you can see, it was relatively easy to do.

I endeavoured to clean the oven using just baking soda and vinegar. I really wanted to try and avoid harsh caustic cleaners. 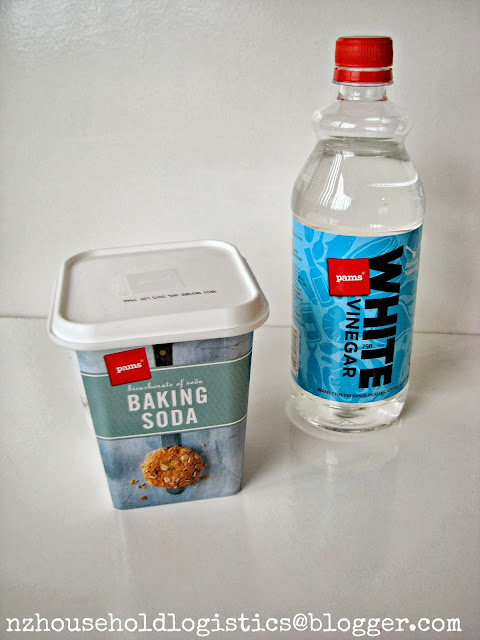 I gave cleaning with just the baking soda and vinegar a good go. 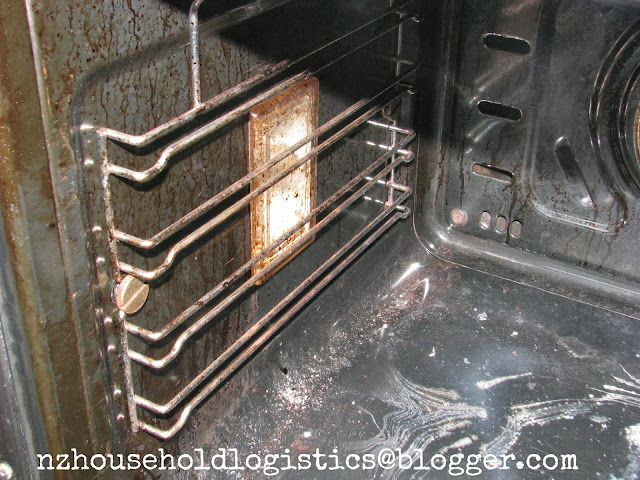 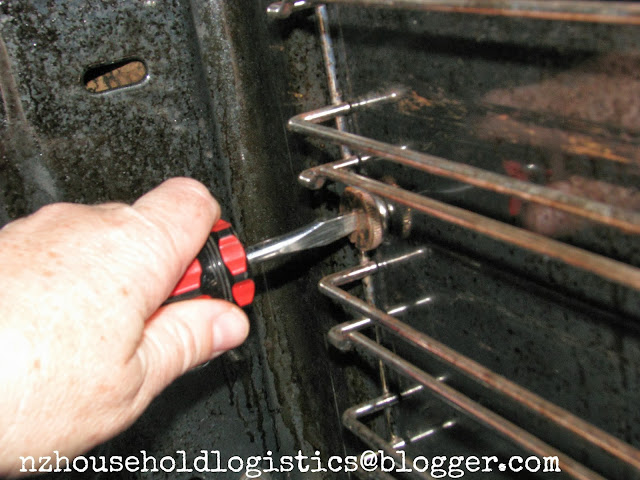 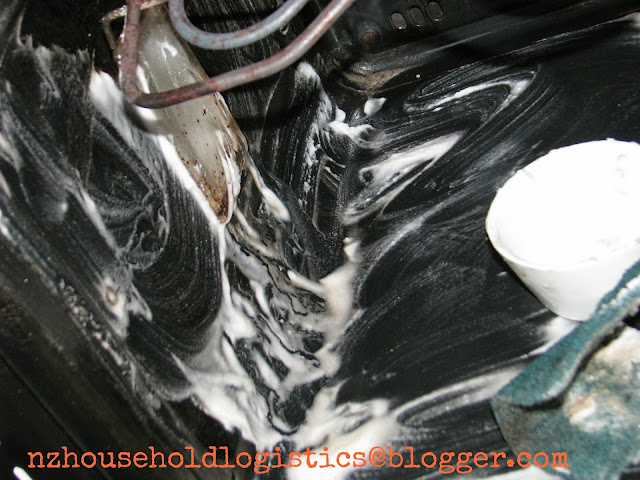 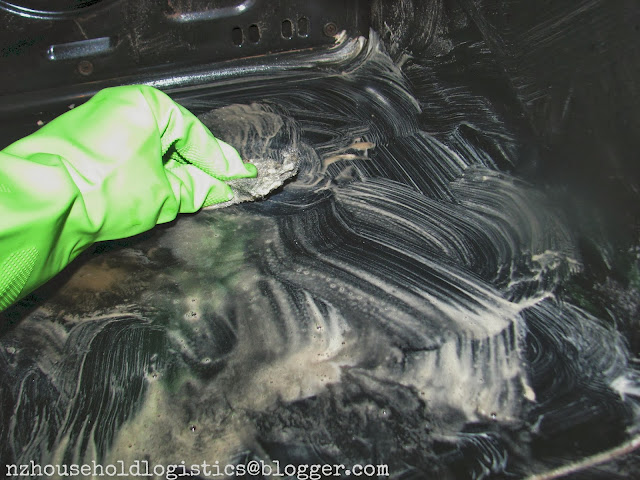 However, due to the substantial build up on the over racks which required cleaning off this time, the racks required a heavier duty cleaner. So the actual caustic based oven cleaner, purchased from the supermarket, was also used.

It was helpful to spray the heavy duty cleaner on, whilst the rack pieces were contained in a large cardboard box. This helped contain any random spray residue from getting on other areas of the kitchen.

After letting the cleaner work for a while, it was easier than to remove the residue that had become baked on by just applying some elbow grease. 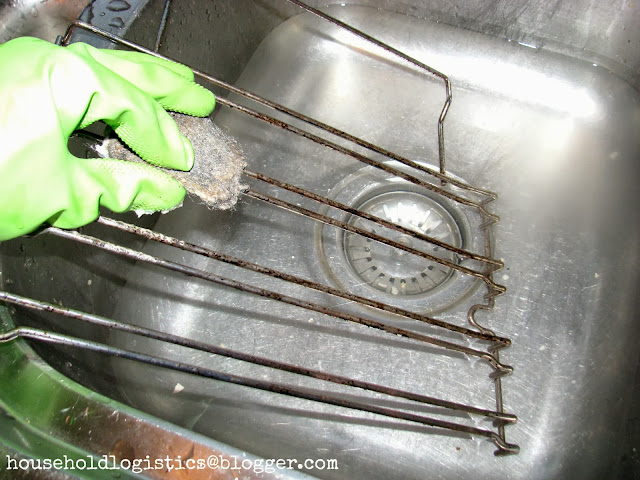 I am really hoping next time that the baking soda/water paste and the vinegar will be all that is needed.

It took a long time to get this particular deep clean task done. I am glad it is done. 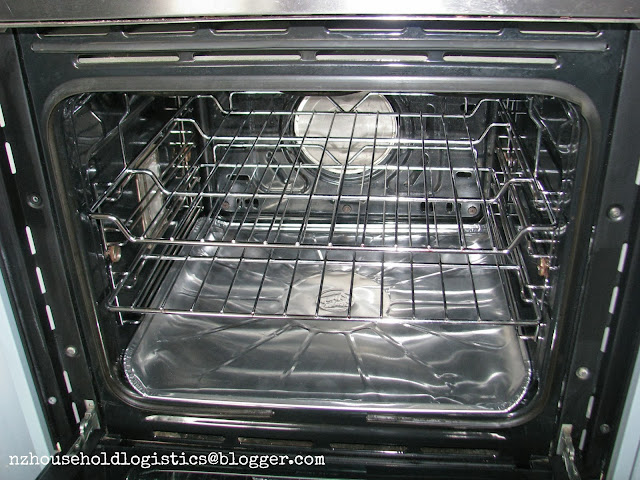 The resulting transformation that occurred was great to see. 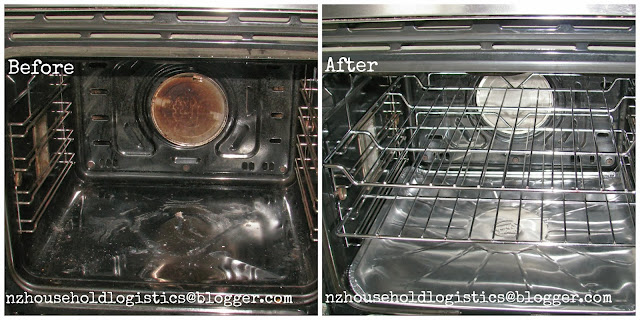 Oven cleaning will however, probably never be the most popular of regular deep cleaning tasks in our household.

What is your least favourite Deep Cleaning/ Spring Cleaning task?
What tips & tricks have you learnt over time to make it easier?