It is Day Twenty-Eight of The $1,000 Plan and today I chose to make some cinnamon rolls. I thought they would be a nice alternative to having muffins for breakfast each morning. Here is the recipe I used, for those who also might like to make them also. 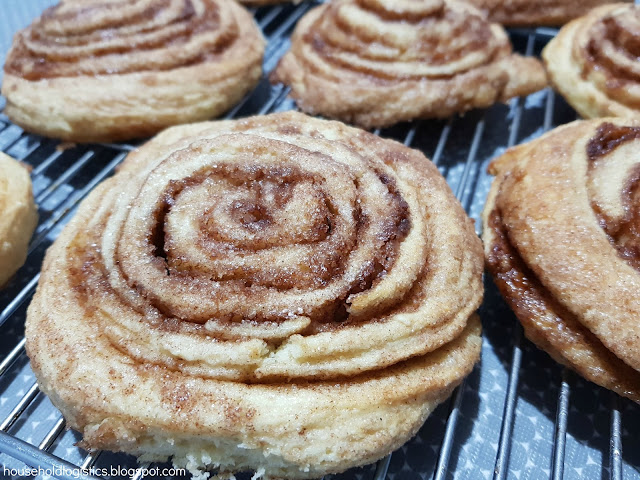 These cinnamon rolls are lovely served for breakfast.

* Use whatever milk you prefer.
**I found it was best to add some extra flour, when preparing the dough, to turn it out onto the floured work surface.
***I used white sugar in the cinnamon filling, as this was what I had onhand. You could substitute the white sugar for brown sugar.