It is Day Thirty of The $1,000 Plan, and it is exactly a month since I started working towards the goal of saving $1,000 within 4 - 6 weeks. How have the last thirty days gone? Where am I at with achieving this goal? Have things worked out favourably financially over this time for my household to achieve the hoped for outcome within just thirty days only?

The last thirty days have not been without their challenges. Just when I was hopeful of achieving the hoped for financial breakthrough, we have had unanticipated costs for repairs come along to nip at our ankles.

The washing machine, which has faithfully worked up until now, decided at the end of last week to stop working. It is going to need at least one if not two new parts, and this of course costs money. The toilet in the ensuite bathroom has also ended up with a leak that we just can not work out how to fix, and so a plumber is now booked to come also.

So sadly, within less than a month we now have some unforseen expenses turn up for our household. What money was saved towards the $1,000 goal and could have been put away for something akin to a sunny holiday kind of day, is now instead being used for the current household maintenance and repairs that need addressing.

Such is life it would appear, that you have to go several steps forward, and also several steps backwards sometimes, before the real breakthrough comes your way.

It seems so unfair doesn't it, when you are doing everything you can to step forward and have a positive change come your way, and things that are pretty much out of your control turn up and knock your goal that bit further out of reach.

Could we have reached our goal and had money in the bank for something more exciting like a holiday? Potentially I am guessing yes we could have.

Instead we have for now, money in the bank ready to pay for those things that need to be fixed and need to be dealt with sooner rather than later. The perk of it all, there is not the added stress of having to borrow against a credit card or seek a similar more costly loan financing option instead at present.

At the heart of it, being able to save money by looking at what can be adjusted has aided our household, even if the result was perhaps not as wonderful currently as I would have hoped. I am guessing that it will take several more weeks to recover what money is used on paying for these repairs to be done, so I will still keep working away quietly at trying to achieve my goal.

Life happens, and things do surprise us out of the blue sometimes. When you have some savings tucked away it at least makes the experience of facing such surprises, such as having to repair a major appliance, somewhat less stressful to deal with.

Sometimes it takes a little longer to reach a goal that was hoped for. We can feel discouraged and it is okay to have the feelings for a bit. However, the real difference will be made by persevering and keeping on until the goal is in fact truly achieved. 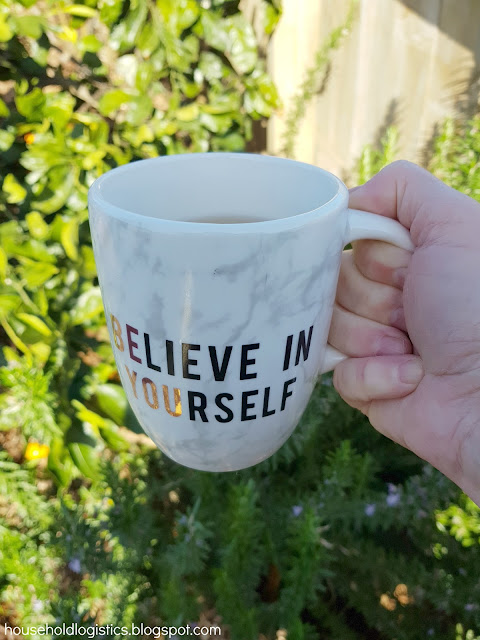 The sun was out today, and I enjoyed having a cup of tea whilst I sat for a time out in it. While there may be a grey cloud or two along the way, we can believe in our goal, our vision, our dream and just keep going.