Mothers Have Feelings Too 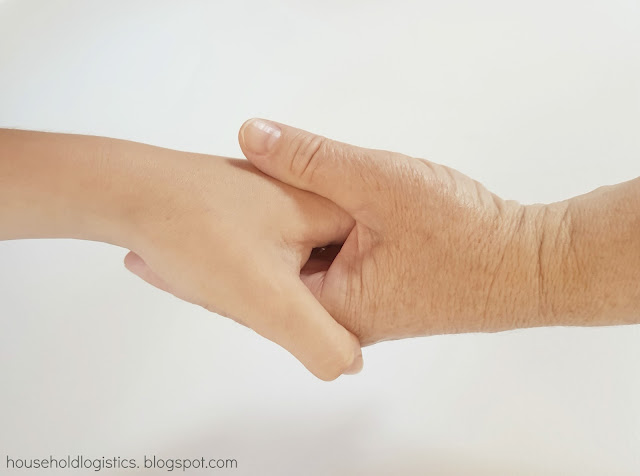 She often gives all day. Then every so often she also gives all night. As a mother, you often burn the candle at both ends to do the very best by your loved ones. This can be at considerable cost to your own time, energy levels and overall well being. Those around you can come to be somewhat expectant, even somewhat blase, that Mama will fill in the gaps, respond without question and make all the boo boos go away.

I will always remember the first moments of seeing each of my children for the first time and how there was this immediate love-at-first-sight experience that occurred, and that it really was quite overwhelming.

Those little tiny fingers, those little purple wrinkled feet... they were hands-down the most gorgeous of things to ever see! You fall head over heels in love, and your heart and your head become committed to living henceforth with the best of intentions to meet the needs of this precious gift of a little person.

Yet, today I want to talk about what may be the not so great stuff of mothering. The stuff of mothering where that precious little bundle grows up and develops, and begins to step out into the bigger, wider world.... and eventually they start to repeatedly test your patience.

They start to really stretch your willingness to hold back from applying a kick to the backside that would launch them out into the wider solar system to never return, because they have repeatedly answered you back and yet again defied your instructions and directives.

You know what I am meaning, right? There are occasions where that precious bundle of joy has completely disappeared to be replaced by a stroppy, uncooperative defiant little monster and you are tearing your hair out and perhaps considering taking up drinking or consuming secret stashes of chocolate (that is if you haven't already, lol!).

Sometimes mothering and parenting another little human being just doesn't seem to match up and qualify as the world's greatest and most rewarding job, as much as we like to say it is.

Most if not all mothers have those occasions where your child or children forget that actually YOU (the Mama right in front of them) have feelings. YOU have needs, and this very Mama is not just here on planet earth solely to act as cook and maid, as well as chauffeur or general dogs body, so every other household members universe keeps ticking over beautifully. Mothers have feelings too!

Recently I contributed what little extra time I had (and some!) to a church social media project and the outcome of what I was creating was coming together to be great. It looked amazing. It had potential to work brilliantly, and it was very satisfying to see each aspect come together really well.

Then I got a message to shelve it. That's right, a message was handed on to me to shelve it, after literally weeks & weeks of working committedly on it, into what was sometimes the small hours of the night. There were second thoughts obviously about it, and I was told to shelve it. Without going into all the details of how this shelving was handled, and what statements I was quoted as allegedly having made about it's shelving, I was wounded. A wrong was committed, and I was at the receiving end of this wrong, and it hurt.

It had cost me considerable time to do the project, and I had been very faithful in my commitment to doing it from start to finish, and beyond. Yet, due to what was obviously a second thought about it from a church leader, I was told to abandon it and drop it, and I was left feeling that my efforts and time were overall treated shabbily.

This may well not at all have been the intention (who can ever really know what is really behind another person's words or actions at times), but this experience of being somewhat flippantly and obviously wrongfully spoken about, after giving sacrificially behind-the-scenes for so many weeks, caused a stir for me on the wounded feelings front.

To make matters worse, it was left somewhat to perhaps be implied that I had chosen to abandon the project and encourage others not to pursue its final launch, when this was simply not true. I had been instructed to abandon it, and to put aside all that I had been sacrifically putting in to it, and this all very much felt like this came at me from left field. A wrong was put in place, and it wounded me deeply.

How others can wound us so thoughtlessly at times, doesn't make sense sometimes, does it?

It can be so completely obvious why some words or some particular actions WOULD be hurtful and wounding to most normal people, yet the one carrying out the wounding remains somehow in the dark and somehow so thoughtlessly clueless. It just doesn't seem to make reasonable and rational sense that they could, right? Yet this stuff happens.

My children one by one came to realise that Mama was quietly hurting over something. My daughter picked up on it first. Perhaps because she herself is a creative individual, and a giver and a helper by nature herself. She could perhaps relate sooner than other household members to how I was feeling about having my efforts plus time undervalued, squashed and somewhat stood on.

It felt like my husband just remained for some time in his own little bubble of a world and that he just couldn't understand what was "the big deal." As long as he saw the house being kept, the children's needs being met, his world and reputation were not directly personally rocked, so any feelings I may or may not have had about the situation and how it had panned out, could be at best somewhat ignored. It wasn't a big deal, right?

Mmmmm, that's always a loaded question to ask a person who is dealing with feeling wounded and is quietly hurting at the hand of someone else's words or actions.

The big deal is that time and energy were spent on an additonal extra commitment undertaken, and these clearly appeared to be not valued. The big deal is that my work ethic and practice, my ability to support & honour leadership, my reputation and personal character was being potentially painted to be questionable, all at the orchestration of others and also beyond my control. My name was being linked with the reporting of a circumstance that was not true in depiction or entirety. This greatly saddened & wounded me.

So often as mothers we give so wholeheartedly to those around us, and at some considerable cost to ourselves, and due to that, the ability for them to actually wound and hurt us increases to a level that they just don't realise has perhaps occurred, or in fact exists.

They just don't perhaps fathom as fast as they should that any additional extra wound inflicted can in fact be one that really does cuts us deeply. This perhaps occurs because for a good proportion of our daily mothering lives we are already letting other frustrations and wounds inflicted upon us wash off us like water on a duck's back.

Unlike a police officer, or others who were a uniform in a role of authority, 'Mother' doesn't often get to take her uniform off so often at the end of any given day. Instead, she can be placed in the position of constantly being on duty as 'Mother' from dusk and dawn and more!

Mother. She can give all day and often through the night also.

A mother is a vulnerable being. It can literally cost her some of her health. Her body is often never the same after carrying and birthing a child. It just simply isn't chemically the same, and is often visibly physically never the same either. There is an element of great sacrifice from the moment of conception that a mother makes for the sake of her child.

A mother is a sacrifical time giver. She will choose to put aside some of her life and her time to ensure that her child is helped. That is time and life that can not be gotten back. It is time she gives often, frequently & for the most part very, very willing. It is also time occasionally that she will give regardless, even when her will or her achy shoulders would like to tell her not to.

A kind word. A compliment. A small child's big hug and smooching kiss and "I love you, Mummy!" can make all the difference on a daily basis to how a mother is able to keep on her game energy-wise.

It can be just the ticket to help her keep her feelings in check, so that she CAN ride out the other not-so-great-moments of sheer pushing through on her part.

Mothers have feelings too!

Mothers will often give beyond what others at times will give. They will often invest in people and projects that others would simple give up on, or even feel weren't worth doing.

A mother will often back the horse that everyone else thinks will always cross the finish line last, because that IS what a mother will do.

Mothers have feelings too. It is that wonderful base of feeling and emotion that oils the wheels of her mothering and her parenting, and which makes a child feel both safe & loved, and able to step out into the world from. Coming to the realisation though that their mother has feelings too, will be the making of a child also.

Labels: Dealing with Hurt, Mothering, Mothers Have Feelings Too, Parenting