Here is a tutorial with photographs, sharing a method that can be used to fold and compact kitchen tea towels. This has proven to be a great means of compacting each individual tea towel in our home, so they are easily stored and organized in a clutter-free manner in their designated kitchen drawer. Plus it enables for each towel to be very quickly and neatly hung out on a towel rail when required.

Each photograph depicts a step in the process of folding a tea towel. Plus, I have included additional written instructions, which I hope will help to explain each step also.

Hopefully this method of folding kitchen tea towels, and other similar household linens, may prove to be a useful clutter busting storage method for your household as well.

Here are the instructions, step-by-step:


STEP ONE: Lay the clean tea towel right side facing down on a flat surface. 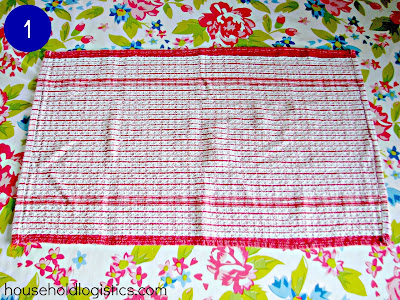 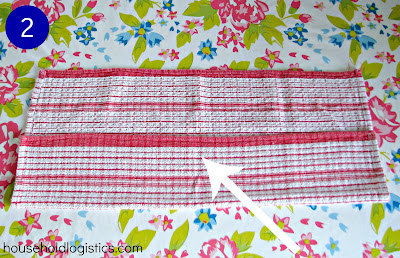 STEP THREE: Continue by folding the next 1/3 portion
(from the top) onto the previous portion,
all the while keeping the tea towel flat on the work surface.
Once you have completed folding the tea towel onto itself,
it will appear as one long strip, as shown in the below photograph. 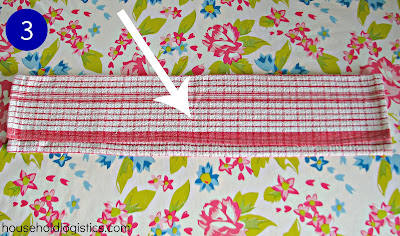 STEP FOUR: Fold the tea towel again in half, on to itself,
this time working from right to left.
Take care to keep the folded tea towel as tidy and flat as you can. 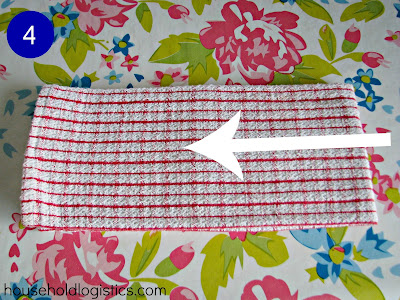 Ta da! You now have a neat compact kitchen tea towel,
easily able to be stored alongside others in a drawer. 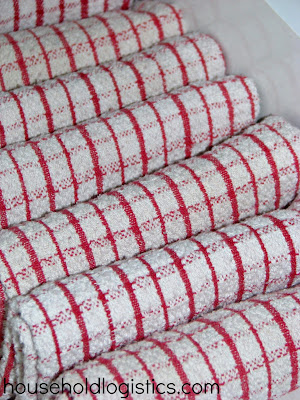 To hang the tea towel when required, you have the choice to
simply unfold ONE fold or TWO folds, whichever is your preference,
in order to lay it neatly across a towel rail. 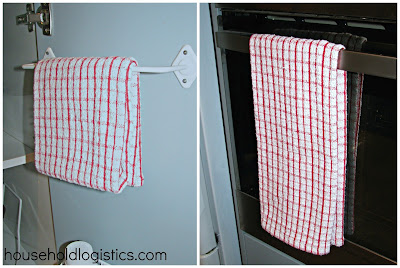 You can also apply this method to fold other linens, such as bath towels, hand towels, face cloths for instance. It is a great method in that regardless of the size of your linen items, they can all look neat and tidy as well as be kept more compact within their designated cupboard, drawer or catch-all.

Keeping linens folded compactly, is another clutter buster technique we have found effective. You might like to trial this method of folding your home linens, and see if it proves to be an effective clutter buster for your household also!
Labels: Clutter Buster, Kitchen, Linen Cupboard, Linens, Storage