Sometimes life just isn't pretty. There are things that sometimes happen, that cross our paths, that are just plain ugly, unpleasant, sad. As a parent you can want to have the magical ability to prevent anything and everything unpleasant/sad/threatening/traumatic coming anywhere near your children. 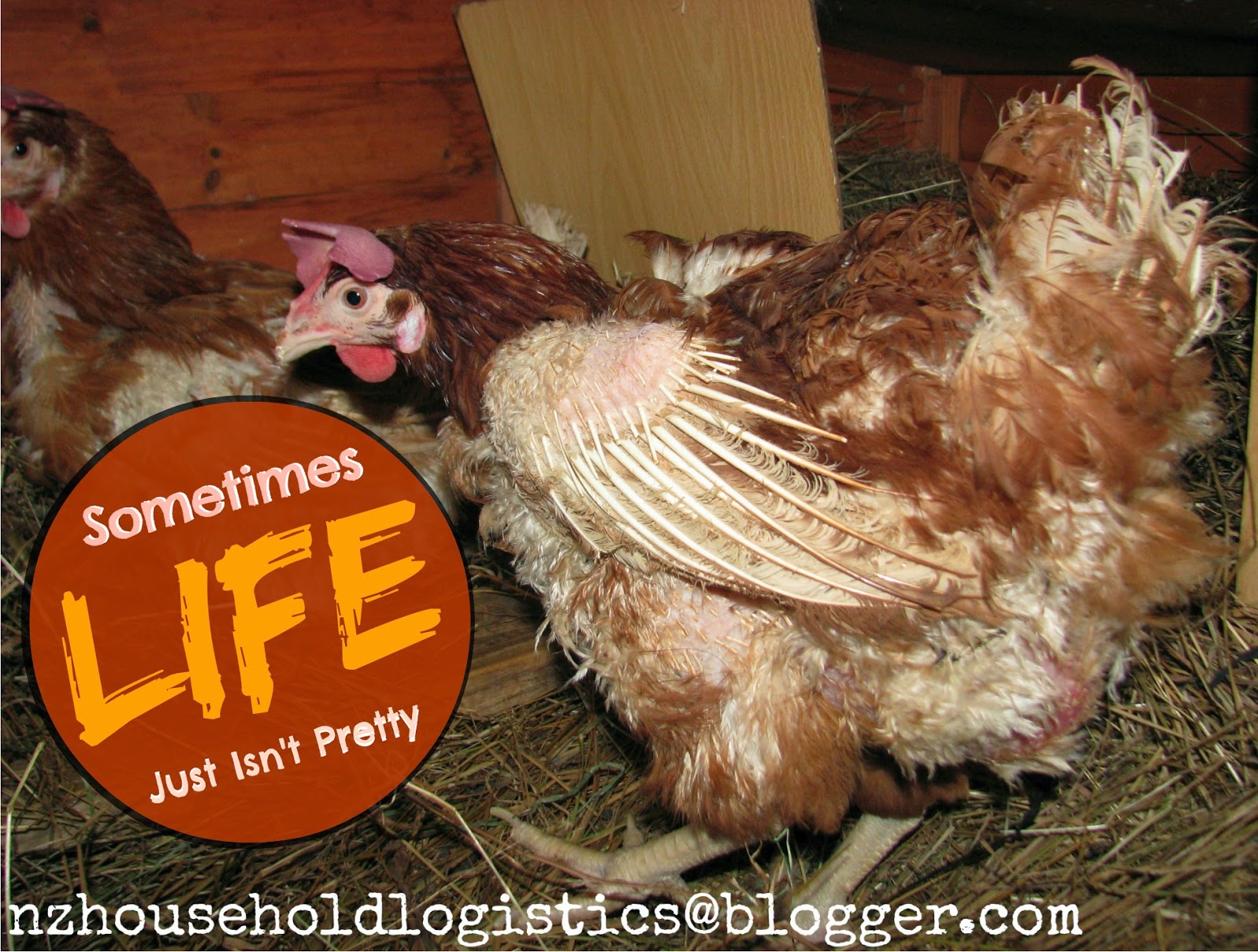 Yet, life is full of both the joyous and the grievous. It is made up of the sweet and the unpleasant. Parenting a child involves preparing them for life and its ups and downs, as best as you can. It involves sometimes letting something of the sad and ugly begin to be shown and experienced, in order to provide a realistic view of the world about. It involves endeavouring to educate and equip appropriately, by exposing a child to the realities of some of life's ups and downs, in order to empower them to be able to ride out the very storms of life that will no doubt at times be ahead.

Approximately two weeks ago we got our chickens. I was always particularly keen to get heritage breed foul. Yet, that was not the path taken.

Instead we acquired four ex-battery farmed hens. Rather than getting an array of chickens in brightly coloured and patterned feathers, we collected four chickens looking worse for wear. 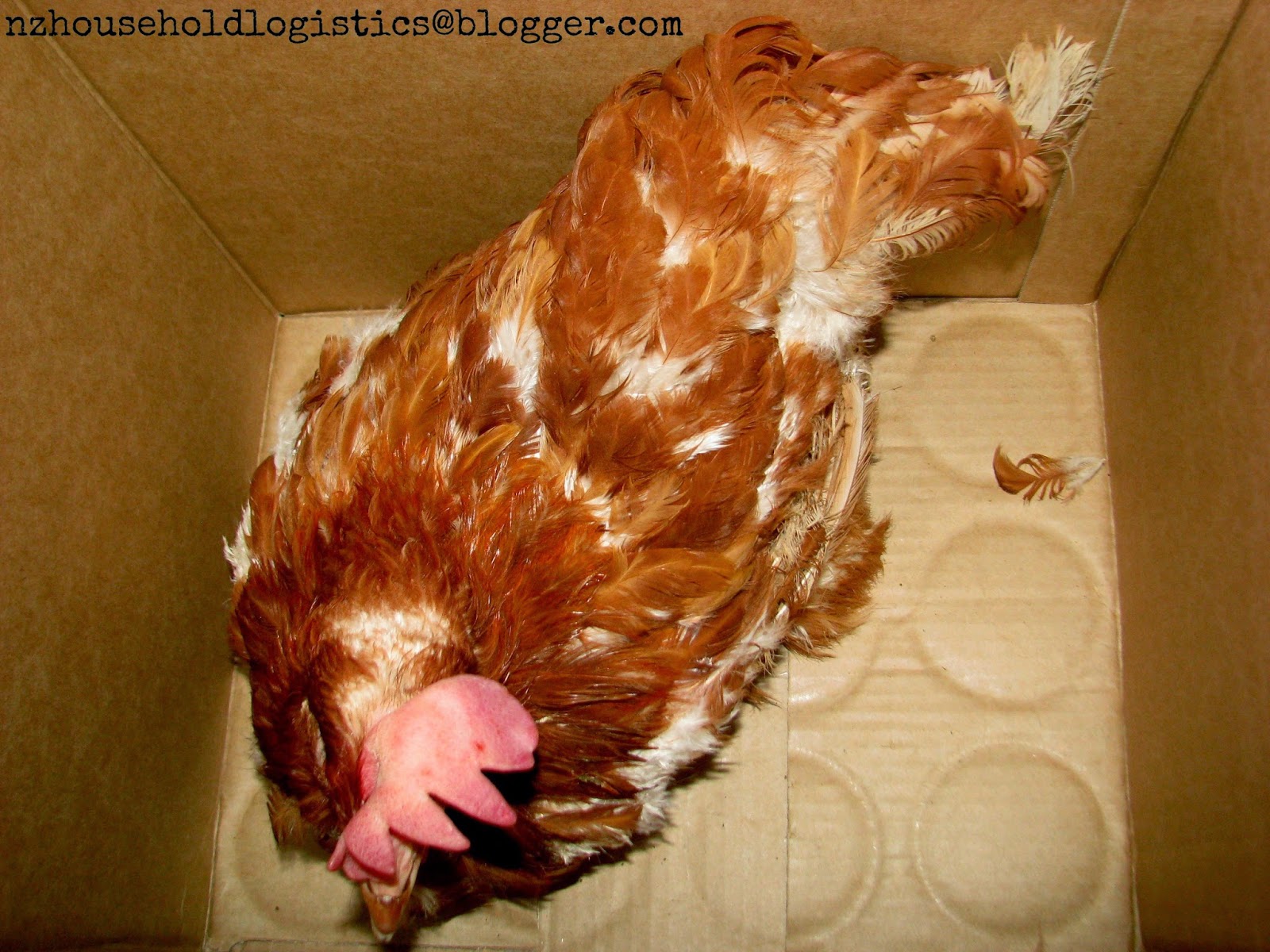 Sometimes life just isn't pretty. These four chickens by all accounts are not pretty. Our two young children came along with me to go and get the four ex-battery farmed hens the afternoon that we collected them. It had been important to explain to the children in the days prior to collect the hens what they might look like, in order to prepare the children emotionally for what they might see. This I am sure helped them on the actual day face, what could have been potentially disturbing to see. 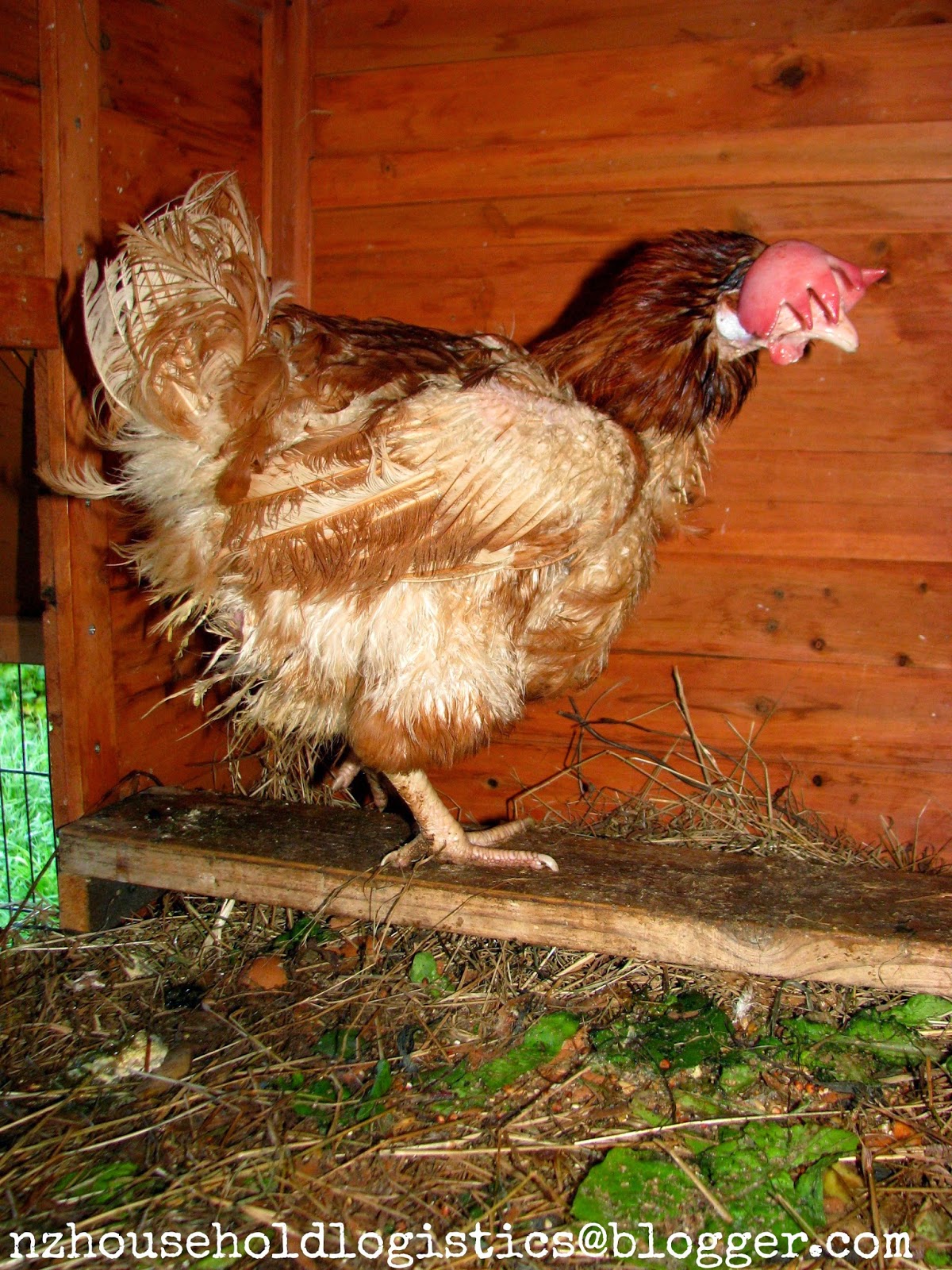 Battery hens are not pretty. Our four certainly were not on first meeting. All that remained of wing feathers, in some instances, was the skeletal shaft, minus all the usual web you would normally see on each feather. Combs and wattles were all quite pink in colour, rather than the typical red you would have perhaps expected. Combs flopped over. Breast, tail, wing, head..... most parts of the body were minus feathers in some measure or other with some feathers only accounted for by the remains of the initial quill. 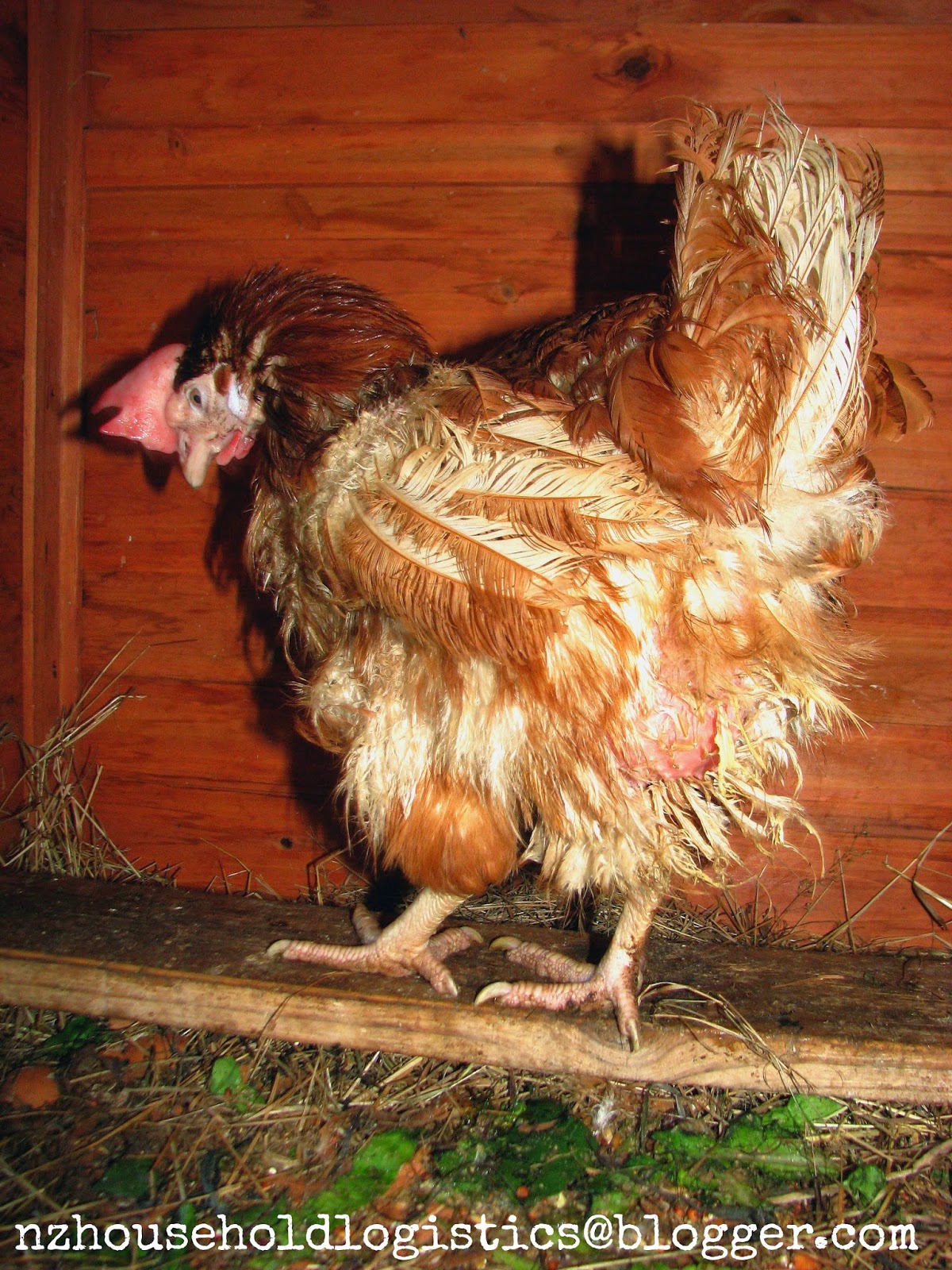 Sometimes life just isn't pretty. Our four ex-battery hens certainly are not pretty when viewed objectively. Yet to us, these four delightful creatures which we chose to adopt and commit to calling our own, are just gorgeous. 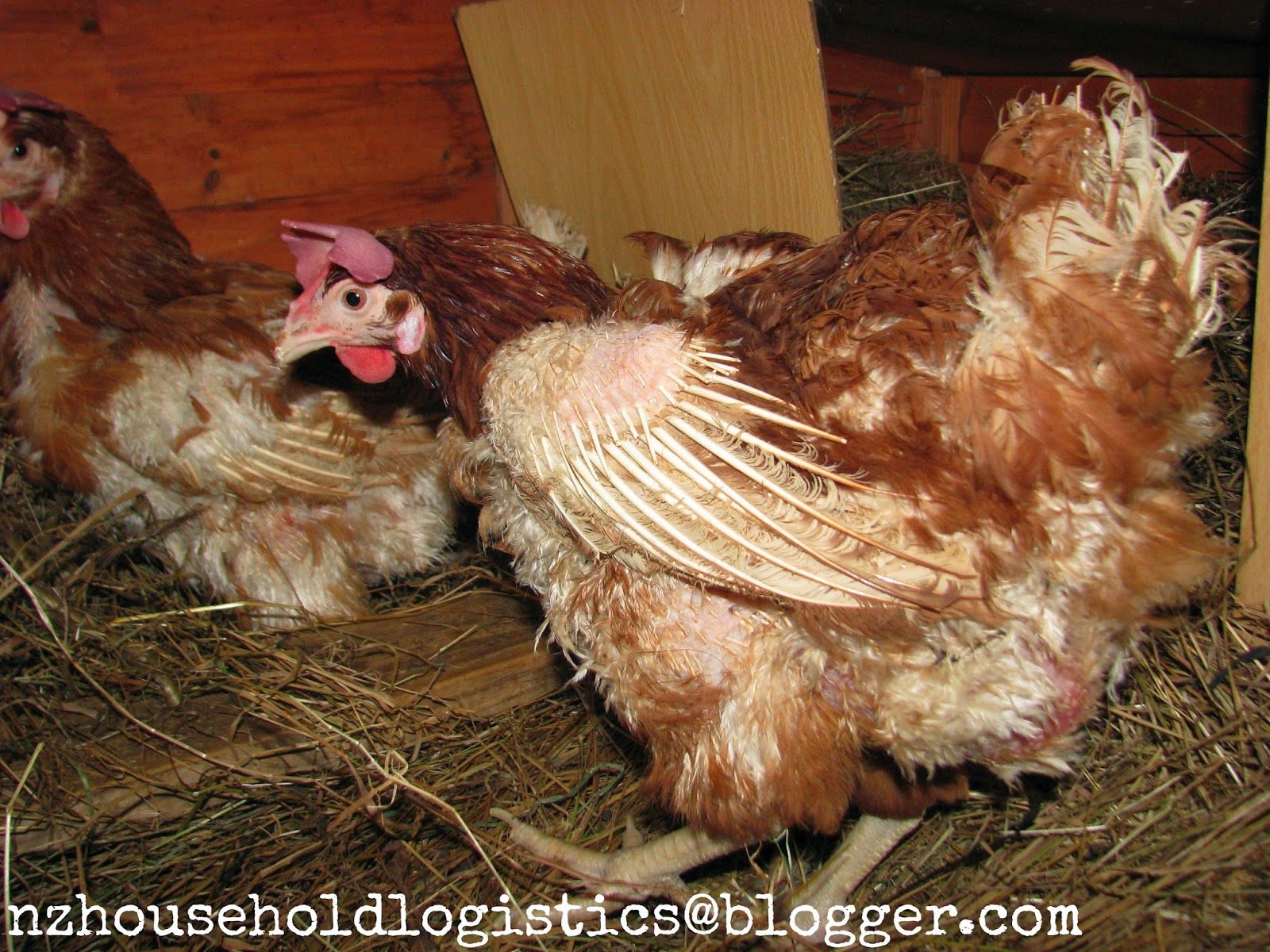 We think they are super special and delightful because they are now OURS. They have proved to be inquisitive and full of character. 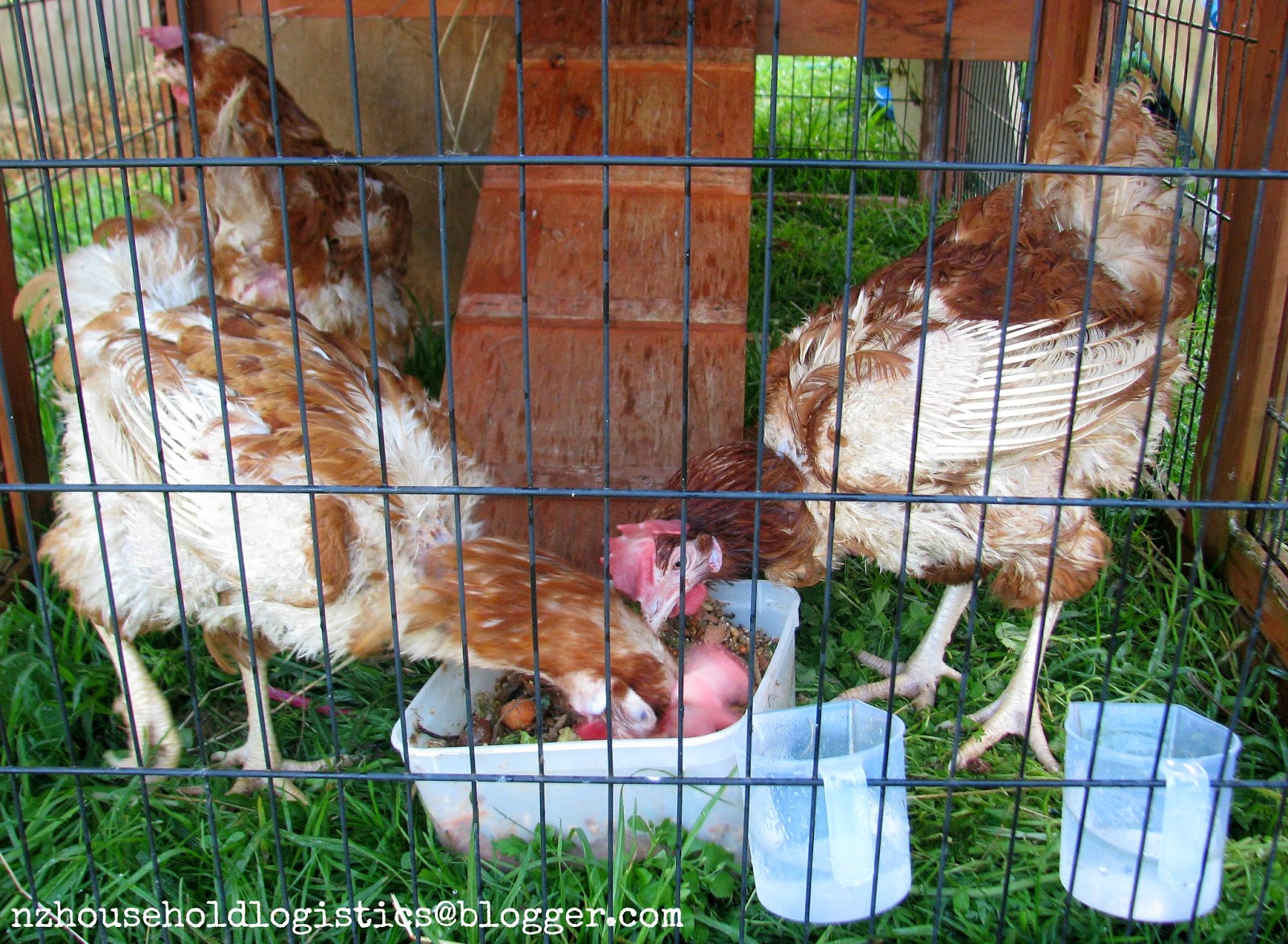 These four birds didn't necessarily appear at first to know how to actually go about being foraging, frolicking foul. The experience of having variation in light, temperature, noise, experience, diet was quite likely completing foreign to them. Yet over the last couple of weeks we have rejoiced in each stage of their journey from being caged to free-range. They have shown evidence of gaining greater and greater confidence and contentment at being in their new surroundings. 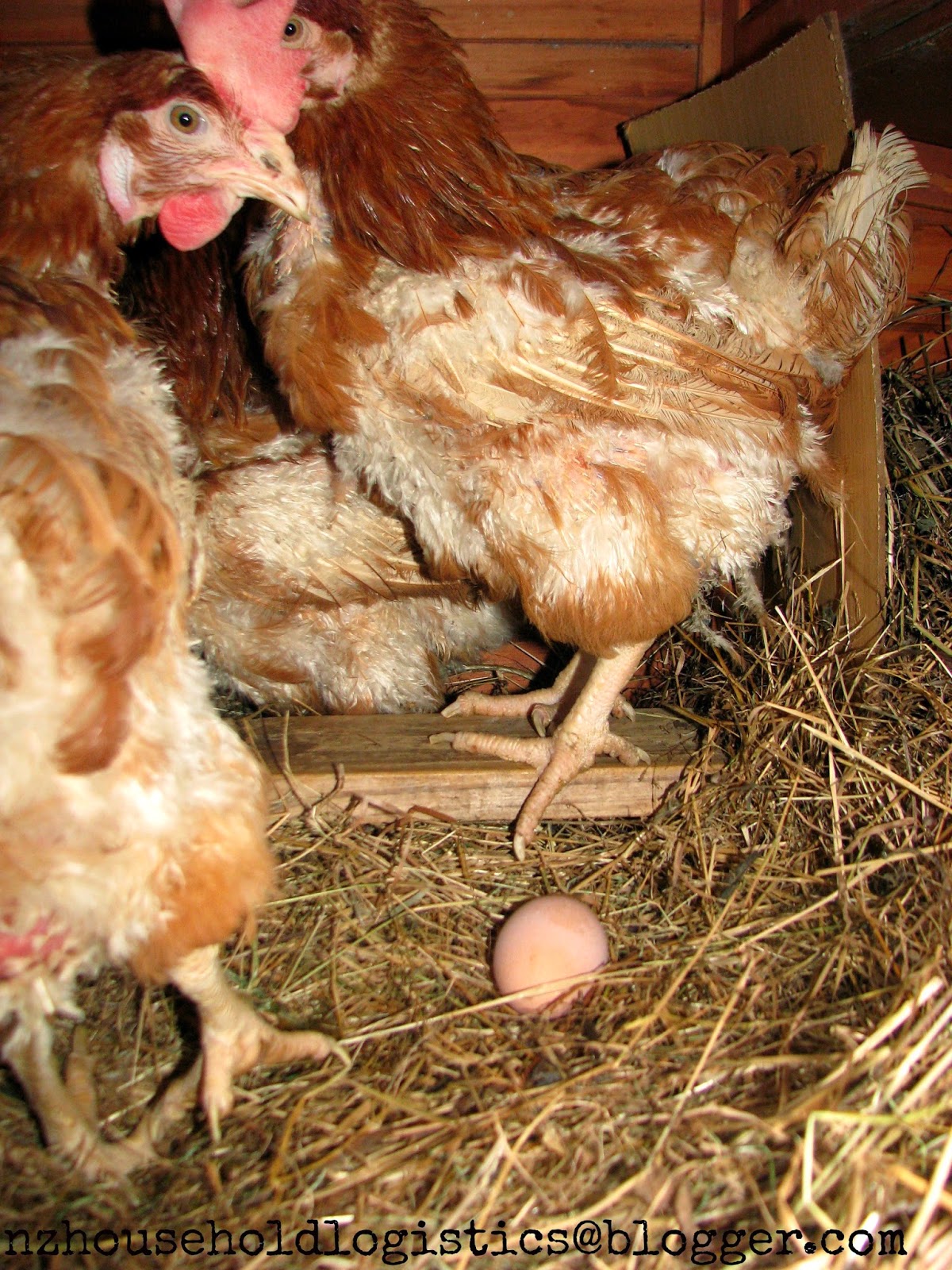 We have been entertained by the ongoing antics, blessed by the offer of a fresh egg or two or three daily, plus privy to seeing the physical transformation as down and feathers start to reappear where once there was little evidence of such. 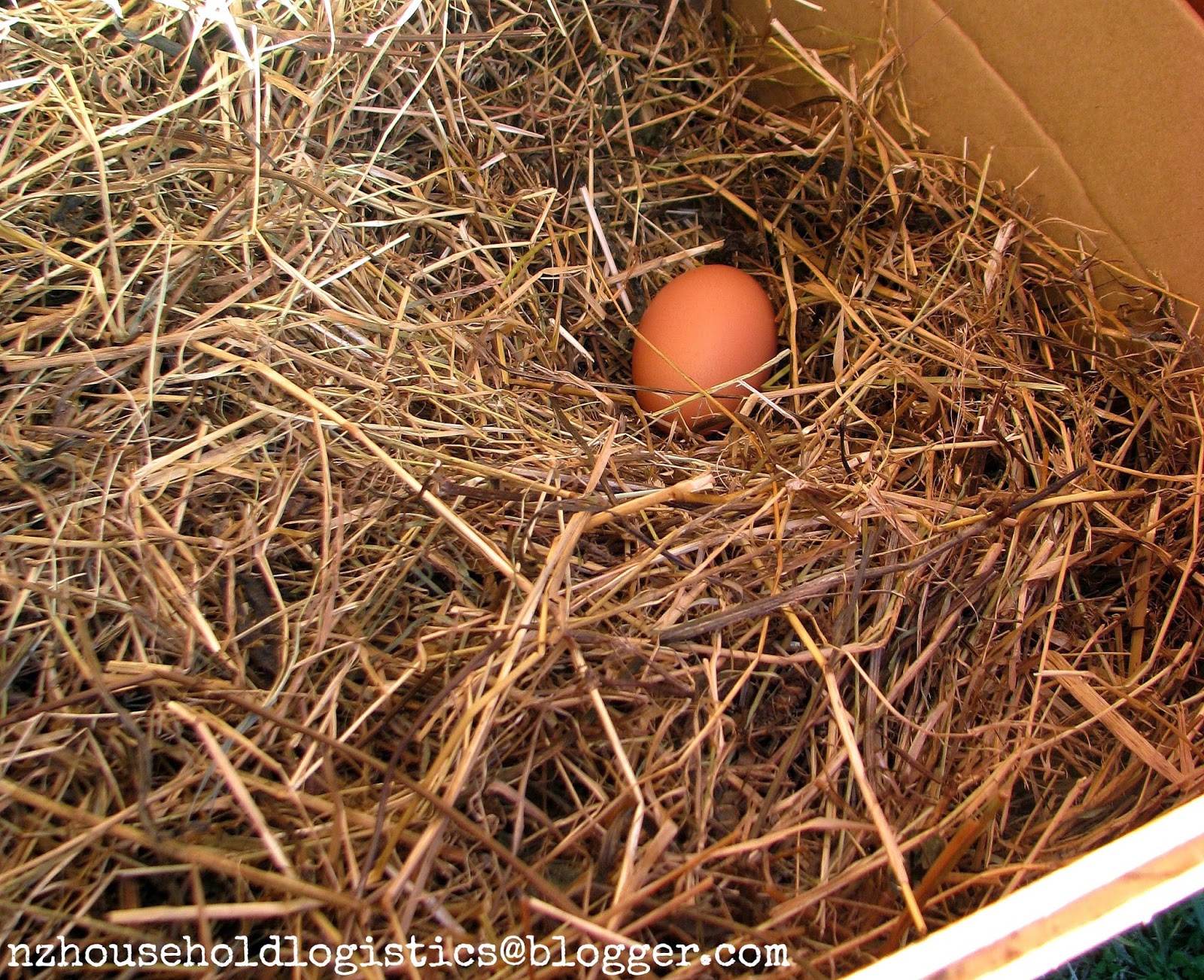 Sometimes life isn't pretty. Yet, in amongst that lack of prettiness there is still sometimes things that occur specifically to remind us about resilience of spirit and the role we can play in transforming circumstance. 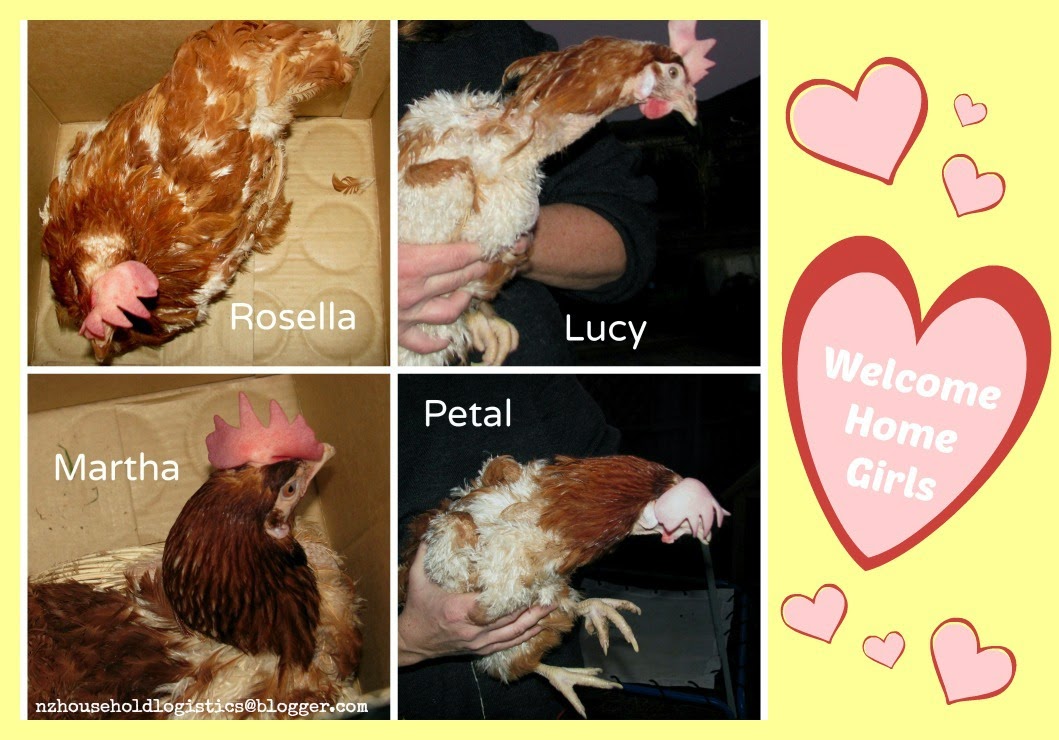 I for one, am glad we did go down this path of adopting these four hens. They have won their way into our hearts and certainly become treasured contributing members of our extended household and residents in our backyard farm.