A Deluge of Clutter

I am sick with bronchitis. Yes, it is my turn to be sick. After approximately a fortnight of the children having various illnesses typical of this time of year, I'm the one now coughing and feeling under the weather. I am so over sickness being prevalent lately here in our home.

Those of you out in cyberspace who read this post may have a "Aha" moment. You may relate to the outcome of being the caregiver who eventually succumbs to whatever viral bug knocked on your household's door via preschool or primer school and turned life and the usual routines upside down for a while.

I am so over having household members being miserable with coughs and wheezing, temperatures and pale faces. I am so over being sick myself also. It needs to get a move on this coughing and wheezing business and just let me get back to feeling like I have some semblance of good health and a life again. 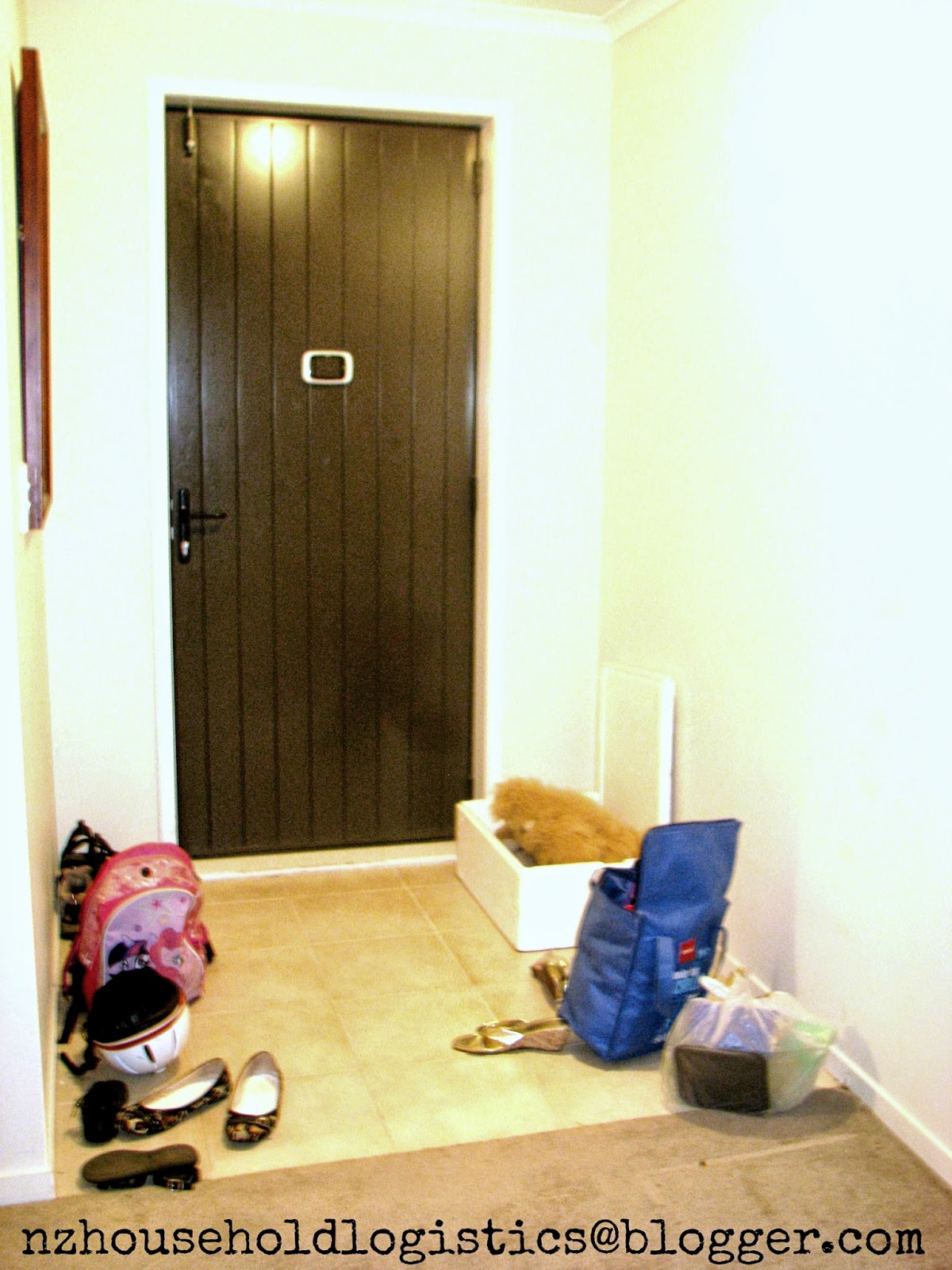 My house is a wreck. To the point it is getting me somewhat down. I am sure someone out there in cyberspace must surely relate. Surely? There must surely be someone out there in blog reading land that knows what a deluge of shoes, school bags, riding helmets, emptied grocery bags...... all simply taken off and/or dumped where-ever looks like? Surely someone else can nod their head knowingly in empathy, knowing how disheartening it can make one feel.

This deluge, this messy how-did-it-get-to-this-stage cluttering of entrance-ways and household surfaces is all due to the lack of follow-through and consistency of routine over the last little while, due to sickness being in residence here at our place.

As well as the usual messes of daily life that turn up regularly, there is the extra mess that comes from things getting completely out of kilter due to illness having been an unwelcome house guest now for way, way too long. Lack of energy has let things slip around here. Tasks and chores have got slightly done, half done or not done at all.

Containers with paints for painting pictures, jars washed and put aside for jam-making, packets of band-aids, a container of seeds for the garden, the cat's passport for the vet.... are just some of the things, some of the many, many things, that have come to pile up on the kitchen counter.

What is the fairy godmother's mobile phone number? I want to be able to ask someone who will smile sympathetically and be able to readily supply it.

The prospect of facing up to sorting out one jumble of discarded items after another, is enough to send one back to hide under the bed-covers again.

Well, taking one bite out of the elephant slowly at a time, as the saying goes, I have at least managed to de-clutter and clean the entranceway this evening. Shoes are now in the wardrobes they should be housed in, the riding helmet also, the pile of items put aside to pass on to the opportunity shop, the bag of rubbish from the car...... all have disappeared from the doorway. 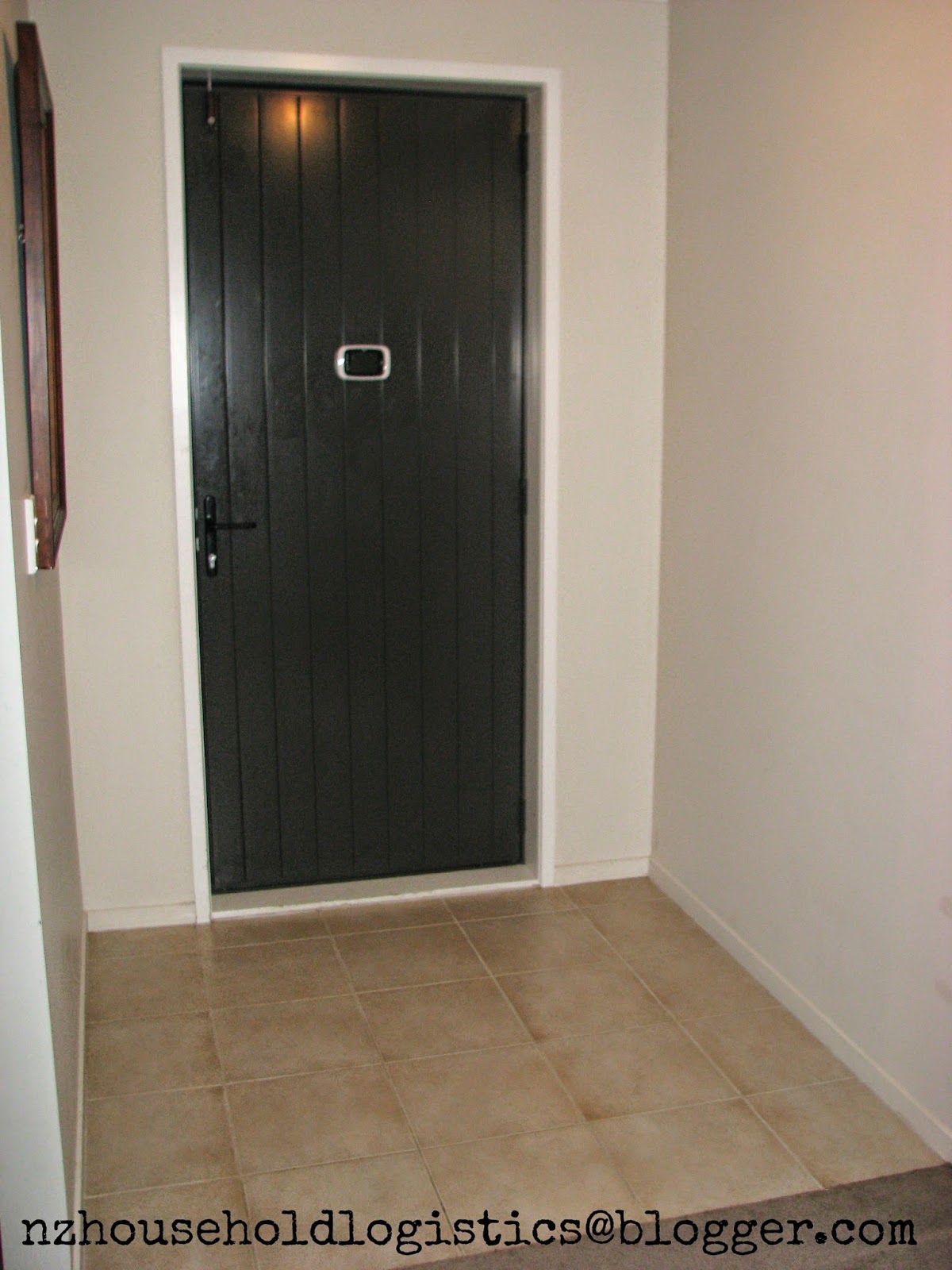 A vaccum. A clean. A mop. Something resembling order has returned. Around the front door at least.

Feeling somewhat shattered, it is now time to rest for a bit again. Tomorrow is another day.

Somehow though, we are going to have to figure a better way of dealing to clutter, particularly surface clutter. It seems to be that it is too easy for systems and routines that were thought to work well, prove in a period of time of illness, to not be as good as originally thought.

Having one or two household members ill, surely should cause the whole thing to slide down a slippery slope, to the dis-order and dis-array that it does seem to become?

Somehow it seems that perhaps being clueless about clutter still needs to faced up to and better solutions perhaps still need to be sought after here in our particular neck-of-the-woods.

But for now, it certainly is nice to have at least the entrance looking more welcoming.